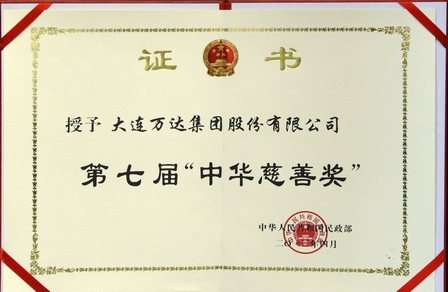 The Wanda Group was honored as “the Most Charitable Corporate Donor” on Monday and became the only enterprise receiving 6 China Charity Awards.

The Wanda Group has made more than 2.8 billion yuan worth of charitable donations in the past 24 years, making itself the largest corporate charitable donor in China.

The award was established by the Ministry of Civil Affairs in 2005 to honor Chinese who have engaged in prominent philanthropic efforts.