Xue Li, Vice-Chairman of the Chinese Football Association, made a speech at the opening ceremony of the championship 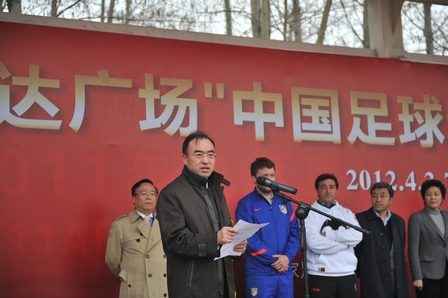 Yin Hai, Vice-Chairman of the Wanda Group, made a speech at the opening ceremony of the championship 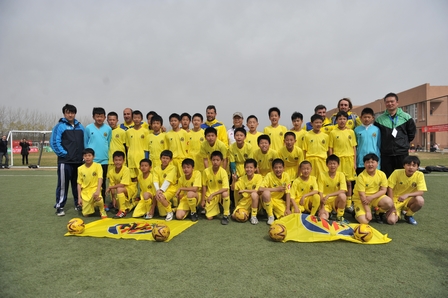 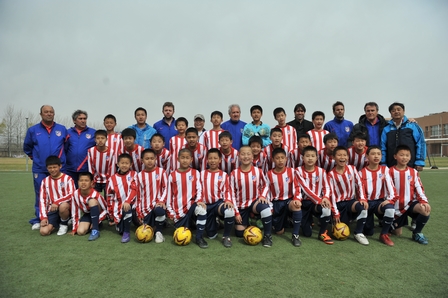 The "China’s Future Soccer Star Program," sponsored by the Wanda Group, has selected 90 teenage candidates who will have the chance of going to Spain for 3-year training in top soccer clubs.

The championship was sponsored by the Wanda Group and organized by the Chinese Football Association.

According to the program, 30 of the candidates will be sent to Spain this year and the Wanda Group will cover most of their expenses, including training fees, board and lodging, sports equipments and yearly return flight tickets between Spain and China.

The young soccer players, aged 12 or 13, will be trained by Atletico de Madrid, Villarreal and Valencia, respectively.