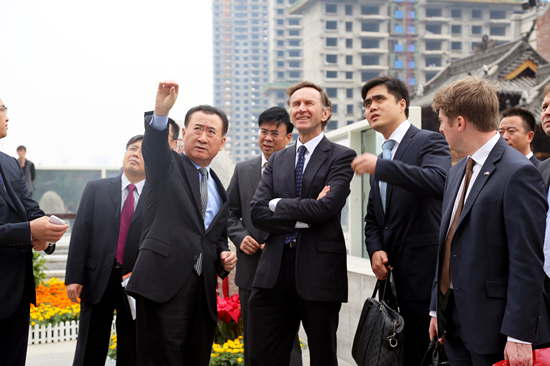 While touring the district, Baron Green showed intense interest in the Chu culture stone carvings and the five plazas built in memory of famous Chinese cultural celebrities. In the Madame Tussauds wax museum, he also experienced the making of a wax hand.

He agreed with Wang, who said that the bell-shaped film theme park and the lantern-shaped Han Show Theater will become world-class landmarks upon completion in 2014.

Hubei Province is the birthplace of the Chu, one of ancient China's most important cultures.